Should I Weigh Myself?

I’m asked this all the time.

My answer used to be: Throw that F-Bomb scale out the window.

I don’t know if you should weigh yourself, but you probably do.

Here’s the deal: People have various degrees of trepidation & terrifiedness (made it up) when it comes to what they make the number on the scale mean about who they are.

But it’s just a number—a fact.

It’s what we say to ourselves about the number that defines our relationship to the scale, Good or bad.

So when I was a freakin’ helpless yo-yo dieter back in the day, I would go on this fabulous low-carb diet program I called the Starvesdale diet (name changed to protect the possibly non-innocent). If you were a rabid dieter in the 80’s you know what I’m talking about;)

I would get scarily giddy when I stepped on the scale every morning and saw I had lost a pound or two. It meant I deserved to have a spectacular day.

I’d bucked up hard and won the battle of the day: Me VS. Evil Body. Booyah!

Never mind that I felt weak and shaky from lack of carbs.

Never mind that I couldn’t concentrate in class because all I thought about was the big-ass iceberg lettuce, tuna, and tomato salad topped with vinegar I was allowed to eat in just two hours.

Never mind that my eyelashes we starting to fall out.

Never mind that I had nightmares where I was seated at a long table, alone, with miles of food in front of me, and couldn’t stop eating. Only to wake up in a cold sweat and realize I hadn’t actually done that.

I had been good, and my thin rewards were just around the corner.

THEN I could go to the beach and wear a bikini or wetsuit with confidence.

THEN I could fit into my Calvin Klein jeans, designed for women with a totally different shape than mine with its natural curves – (big high five, Brooke & Cal. Um, don’t even get me started on Sassoon.)

Side Note: Younger gals know this: Stretch denim is a gracious new thang.

Only THEN could I glance back at the guy I had a crush on, or talk to him at a party.

But until THEN, I’ll get through my hungry days on the Starvesdale,

one pound at a time.

Except after a few days of cramming my body into those jeans, I’d noticed a few things.

And I was hungry as hell.

And I was tired all the time.

But then who the hell cared? I was almost skinny.

Eventually, I’d give in to my ravenous, gnawing, obsessive hunger, which looked like this:

At a granola-chic California version of a health food store and restaurant, I’d order a platter of family-size nachos with copious amounts of cheese, guacamole, and sour cream to go.

Because God forbid anyone would catch a gander of me chowing down at the pace of a grizzly bear with a salmon.

While those were being cooked up, I’d hit the bulk bins to collect healthy bags of carob-covered malt balls, carob-covered almonds, and, oh, I can’t forget the healthiest binge food ever – yogurt-covered pretzels.

I had to get my fearsome food freak-out over with quickly before I realized what I was doing.

Because I was going back on the diet first thing in the morning; of course.

Never mind that after the first few bites, the food didn’t even taste good.

Or that I was getting so full, after a while, that my stomach cramped, and I was dizzy.

Or that I felt completely numb and zoned out.

Or that all I could think about was that I was a:

And the punishment the next day would be approaching a scale that felt like a guillotine.

I’d step on carefully, angling to the left side, which often produced more favorable results, only to realize everything I feared was true.

I’d gained five pounds. Who the hell was this hopeless chick?

The pattern would continue as the pounds relentlessly roared back at a pace of like 20 pounds in two weeks.

And then I’d do it all again.

If you can relate, then you know that while diets can suck, the almighty scale can feel like the worst dictator you ever came across.

If you let it.

What you weigh on any given day is simply a fact.

It’s what you tell yourself about that number that determines what you should do about weighing yourself.

In the next while, I will be going to share the keys to long-term weight loss, a healthy relationship to food, your body, and the scale.

But here’s how I roll now:

I eat what I want.

I eat until I’m satisfied.

I have an ongoing romance with food, but I no longer binge or starve or obsess over the scale.

I am friends with my body. I listen to her and trust her when she tells me what she needs.

My weight doesn’t fluctuate much. I got very skinny (for my shape) during my divorce and I thought that was cool at the time. But it wasn’t a weight my girl likes to be at…

And it didn’t make me happy.

If you wage a war with your body you will lose, one way or another,  Fat or Thin.

More about that later. It’s key.

So now the scale? I hop on sometimes to check what’s up, but my emotion around the number has changed.

I don’t feel like a rock star if it’s lower or a helpless loser if it’s higher.

No extreme proclamations about “tomorrow”

No jaded ideas about what I “deserve”

No scary giddiness over the number

No displaced depression over the number

No telling myself I’m either good or bad

Weight gain or weight loss is not a character issue. Word.  Tweet that.

Take radical care of your beautiful self.

Have you ever experienced scale-induced scale and weight trauma?  What did you do about it?  Please share in the comments below! 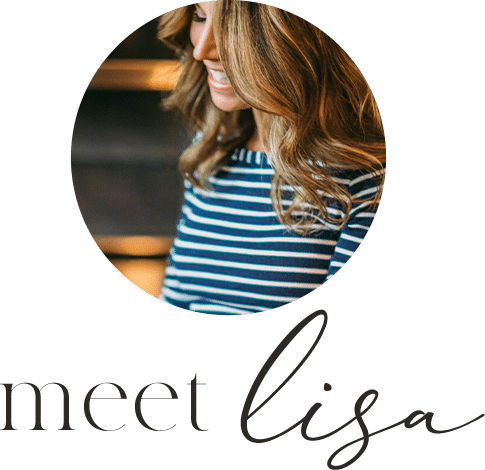